Brian struggles to leave what happened in room 1213 behind him, and a scorned trick looks elsewhere for satisfaction. What if gapfiller for 1.05.

Brian struggles to leave what happened in room 1213 behind him, and a scorned trick looks elsewhere for satisfaction. What if gapfiller for 1.05.

Alternative universe, Pre-Series. 13 year old Brian moves to the countryside with his family. Bad things start to happen. Unfortunately based on a true story.

After having been missing for a week, Brian shows up at the Diner with no memory of where he’s been. Over the course of the night he starts to recall flashes of what’s happened to him and realizes that there’s another young man still missing and he’s the only one who can help the boy. The question is, will Brian remember in time to rescue the lost one?

Sometimes love comes into your life when you least expect it.

This is a beautifully written story set in 1944, featuring Brian and Justin as gay soldiers in WWII serving in occupied France. One of my favorite stories from this amazing author - Lorie

It is the Winter of 1944 in occupied France. The allies have landed and slowly, so slowly, made their attempt to push to the borders of Germany. Sergeant Brian Kinney is too busy trying to keep his men alive and do his duty to worry about anything else, much less a personal life. Everything changes one day when one of his men, recently killed in an ambush, is replaced with a raw new recruit, Private Justin Taylor. The kid looks like he's barely out of High School and totally wet behind the ears. The Sarge is not happy, especially when without warning Sergeant Kinney finds himself fighting a different kind of war than the one on the battlefield.

This is the sequel to Double Trouble and it will help you to understand the characters and their motivations if you've read DT first. Hopefully this one will stand up well on its own. This story picks up four years after DT ends. This time it is Gus and boyfriend Jason who are graduating from college and their sisters who are graduating from high school. The story will look back on the previous four years and then move on to their new lives together. Brian and Justin, still happily married, look with pride on the kids they helped move into adulthood together. I hope you will enjoy this continuation of their saga and remember that I welcome all comments. Many thanks to the genius work of Eka for the banner and my friend Pat for the beta work. Enjoy!

Mystic is a small village near the ocean, which makes it the perfect romantic getaway. Justin takes Brian on a holiday where they have an appointment with a couple therapist to rekindle the fire. Brian is all against it. Justin is at the end of his patience. Their marriage is in shambles. Their therapist does his best to salvage their relationship and remind them all the reasons they fell in love with each other.

Justin has only one allergy

This story takes up where Bound By Fate left off. What fate brought together, love will continue.

Sometimes Hunter felt like he was dead, sent to some version of Hell for stealing, for tricking, for ditching school, or for just being born. But his heart beating in his chest, sometimes at a slow and steady beat, sometimes at a rapid and panicked pace...It was that alone that made him realize he wasn't in Hell after all. This city, as shitty as it was to him, was his reality.

Brian and Justin have lived together in NYC for several years now.  Brian comes home upset one day when he finds out his newest client needs him to go on a business trip...on a slow moving train to Chicago instead of a quick flight.  Brian is even more upset that he will have to leave Justin behind, due to artistic committments, for such a long trip.  But maybe Justin has other ideas in mind.  Let's all take a journey on the Love Train.  Thanks to Eka for the beautiful banner....my first one...and Becky for helping me with her beta skills. 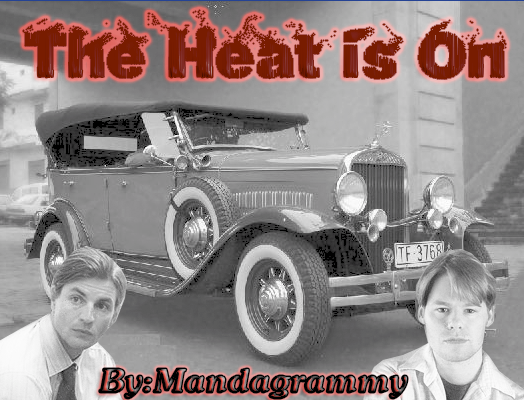 Brian is a detective with the New York City police department. He gets a case concerning a wealthy art patron who has been murdered in his home. The last person seen with the man is a young artist named Justin Taylor. Taylor has disappeared and is suspected of being the killer. Brian must try and find the young man and bring him back to justice but things become complicated when he discovers that someone else is hunting young Taylor and they seem to want him dead. What happens when the hunted and the hunter finally meet and an instant attraction develops?

The year is 2107.  Planet Earth has run out of space for its inhabitants so colonization of other planets and the Moon has been set up.  Brian Kinney, an executive of Lunar Industries on the Moon is about to receive a new intern in his graphics department, a young man named Justin Taylor.  Will this new intern change Brian's life forever, and what happens when the past comes back to haunt young Taylor?  I want to thank Eka for the beautiful banner and Heather for being my beta throughout this story. 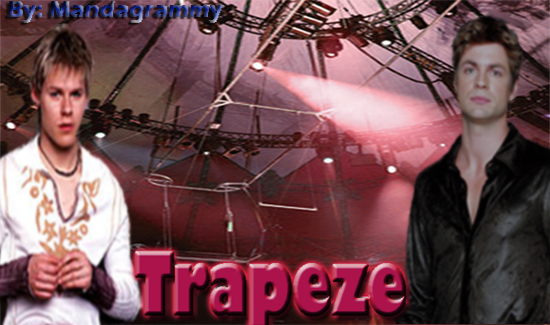 Hello again, my friends. Today I give you Chapter One of a brand new story. I promise you lots of sparkle, chills, thrills, sequins, and tights...not to mention romance...in this story set in post Stonewall, pre AIDS America where a small independent circus struggles to stay alive in a changing world. Their lead attraction is Trapeze star Brian Kinney and there are plenty of changes in store for him too when he meets the young man who is in desperate need of changes in his own life. What happens when these two souls meet and discover more than a love for the circus in common between them? I hope you will enjoy the journey.

I want to thank 3 special people for this story. One is Sunny, a dear friend who suggested the premise for this story. Another is Judy who will serve beautifully as my beta. Last but not least is my Granddaughter Amy who tried valiantly to get our boys into tights for the banner, but still created a beautiful one anyway. Thank you to them all. This story is dedicated to all of you. So on with the show.

AU. I love Mrs Winterbourne and No Man of Her Own. So I took a lot from the beginning of Mrs. Winterbourne. After the first chapter they will not be very alike though. Justin gets into a trainwreck with Brian's twin and his husband. Mistaken Idenity.

Brian contemplates his life without JustinÃ¢â¬Â¦

3 years after Justin left to take the NY art world by storm, Brian and Justin encounter each other during a crisis with the one person, other than each other, that really rocks their world, their son Gus.