Post-episode 220, " the breakup," Justin's POV. Justin retrieves his belongings from the loft after he leaves the Rage party with Ethan. He then returns to Ethan's apartment where the two begin the odyssey of their relationship. Justin meets someone who will change his life forever. It is becoming clear that Justin is still thinking of Brian and wondering if he has made the right choice. Justin returns to the diner to discuss his situation with Debbie while she serves him a free breakfast. Later, he's invited to meet with a fan of his work. At her request, he reluctantly parts with a piece of himself. Justin regrets giving the drawing away and tries to recreate it, but is unsuccessful. Trying to clear his mind, Justin goes for a walk, only to run into a dancer from Babylon. Andre is only too happy to recount what has happened to Brian since Justin has left him. Justin and Ethan's relationship is already beginning to show strain. Despite the feared repercussions, Justin asks for the return of his drawing. The reaction is not what he was expecting. Instead, he learns about her philosophy of the artistic process... and of her opinion of Ethan. Justin returns to Ethan only to find that his jealous lover is determined to wipe Brian out of Justin's memory by destroying Justin's prize. Justin leaves... perhaps forever.

This story is set in the fictional world of Gilead (from the Handmaid's Tale). Don't worry if you don't know anything about that world, I will explain before the first chapter.

Five years after Justin has fled Gilead he receives an unexpected call that will change his life forever.

In this story Justin is with Ethan (I know, don't kill me! I promise it won't be like that forever and I promise that Ethan is not the bad guy here!). They didn't meet in season 2, in this story they only met after Justin had fled Gilead.

This story is finished and will be updated once a week!

Summary: The rich and powerful Charles Meade arrives in Pittsburgh with an obvious agenda. What is this mysterious and menacing man's intentions towards Justin... and what is his connection to Brian?

Several months after Brian and Justin part ways, a private airing of their dirty laundry results in a night of passion that neither one can forget or stop. But what happens when Brian is tired of playing second 'fiddle' to the fiddler? And how the hell do they keep the Gurus of Gossip aka the 'family' from finding out about their affair?
Based on the plot bunny from TAG!

Everything is not as it seems. Lindsay has a secret and Melanie is fed up and wants a way out. Brian, Emmett, Ted, and Michael struggle with being without Deb and Vic. Justin and Brian meet without realizing it. Ben and Justin struggle with being single fathers. Blake, Drew, Justin, and Ben become closer than ever. 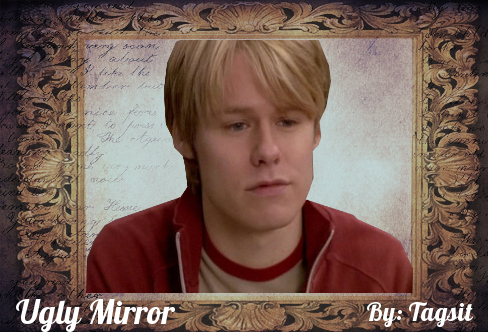 Ethan’s pursuit of Justin might have seemed like a romantic meeting of two like-minded, artistic souls, but was it really? What if there was a more sinister motive behind Brian and Justin’s breakup? Canon Divergent story starting with ep 2.16.

New take on Episode 301. What would have possibly happened if Justin had been the one to punch Michael instead of Brian? Thank you Deb Tanner for the idea involving Justin hearing Michael's rant at the Anniversary Party!

Several months after Justin leaves with Ethan, he happens to run into Brian in Chicago and they inevitably fall into bed together. After that, neither can resist and these trysts start to become a regular thing. Everything is going great - they don't have the gang giving them unwanted advice and nobody but them knows what's going on. Until, eventually, Brian gets tired of being the 'other man' and wants more . . . Based on Tag's plot bunny.

A song fic in 8 parts

Justin is found with his high school lover and is sent away to boarding school. What happens when more buttfucking actually does go on in boarding school than in the backroom of Babylon?

"In a year, probably not even that long, you won't even remember my name. Oh, what happened to that kid who wouldn't leave me alone? Who thought he was in love with me. If you fucking think of me at all."

An AU story about what happens with Brian and Justin in between seasons 2 and 3.

Brian throws a party for Rage at Babylon. Gap-Filler for Episode 2-20.

Brian is forced to face the truth about Justin. Gap-Filler for Episode 2-19

Justin feels distance growing between him and Brian. Gap-Filler for Episode 2-18

(Could be considered gap-filler 3.07-3.08) Justin POV during his and Ethan's break-up scene then Daphne POV when Justin shows up at her place afterward. Slight? Ethan bashing. Okay, a LOT Ethan bashing.

Brian had no idea how Justin could live this parallel life. How was it possible for Justin to split himself in two like that? To live with him, whilst stealing away to someone else, then returning home as if nothing had happened? Brian had never felt so betrayed, full of rage, and painfully manipulated in his life.

Gapfiller for 219, in which Brian and Justin descend towards a confrontation over Ethan, and follows through 220.

“Ethan, we need the money. And it’s not like I’m going to go and see him anyway, I mean he’s a Partner now, and besides he never goes down to the art department anyway."

What if Brian had seen the fiddle fuck kissing Justin on Liberty Avenue, and how would that change their future together?